People often come to WWC for help with difficult life changes, but sometimes, a more complex diagnosis becomes evident. Below find some of the problems clients present. 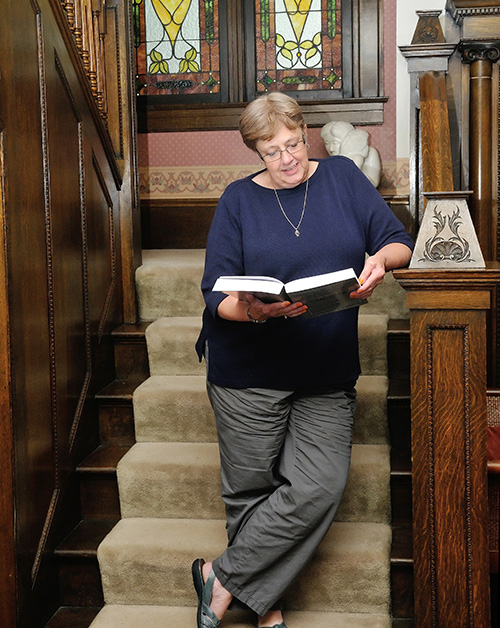 Addictions are excessive behaviors which pose significant hazards to health and/or interfere with social, occupational, psychological or physical functioning. The recurrent behaviors must continue within a twelve-month period in spite of negative consequences. Common addictions include excessive patterns related to drugs, alcohol, tobacco, gambling, spending, sex and electronics. When another mental health diagnosis is combined with an addiction component, the person has a dual diagnosis.

These disorders refer to specific behaviors that are presenting problems in functioning for individuals in their environment. This term usually describes children that are persistently acting defiantly or oppositional in school or at home. These behaviors may include tantrums, bullying, refusing to comply with reasonable adult requests or using physical or verbal force toward people or animals.

These disorders are characterized by persistent inattention or by continuous hyperactivity/impulsivity for at least six months. In order to meet the criteria for this diagnosis, there must be significant impairment in functioning, symptoms need to be present before age seven in two or more settings and symptoms cannot be caused by another disorder. ADHD is one of the most common mental disorders in children and adolescents. It also affects an estimated 4.1 percent of adults, ages 18 – 44, in a given year.

This disorder is identified by excessive apprehension about everyday activities for at least six months. It is associated with feelings of uncertainty and helplessness. The worry can become so strong that it affects how a person functions at work, at school or even at home. Anxiety is linked to fatigue, irritability and sleep disturbances among other symptoms.

This disorder is characterized by recurrent thoughts or ideas (obsessions) and repetitive behaviors (compulsions). The obsessions cause the individuals great distress because they cannot dismiss the thoughts even though they originate in their own minds. The compulsions are repetitive actions, such as washing hands or putting things in order, connected to the individuals’ obsessive thoughts in order to reduce their distress. The obsessions and compulsions are severe enough to interfere with social and occupational functioning. Approximately 2.2 million American adults, age 18 and older, have OCD in a given year.

A panic or anxiety attack appears with sudden onset and is time limited. It can arise without warning or be a reaction to a specific fear (phobia). Panic attacks can include intense apprehension, fear or terror, often associated with feelings of impending doom and accompanied by intense physical discomfort, such as chest pain, abdominal distress and dizziness. Approximately six million American adults, ages 18 and older, have a panic attack in a given year.

This disorder is identified by recurrent, disturbing symptoms that develop following a psychologically distressing event that is outside the range of the usual human experience (for example, violent personal assaults, terrorism, natural disasters, accidents, rape and war). Individuals are unable to put the experience out of their minds and can feel as if the traumatic event were actually happening again. They can also have nightmare illusions and panic attacks. PTSD can develop at any age, including childhood. About 19 percent of Vietnam veterans experienced PTSD after the war. Approximately 7.7 million American adults, age 18 and older, have PTSD in a given year.

The two main types of eating disorders are anorexia nervosa and bulimia nervosa. Women are much more likely than men to develop an eating disorder. Individuals with anorexia nervosa and bulimia nervosa control their weight through eating behaviors, such as binge-eating and purging. Others with anorexia nervosa may choose to restrict their food intake even though they are underweight. Each behavior has its dangers and consequences if continued over time. In addition, people having a body mass index of 30 or above are considered to be obese. There is often a psychological component to the physical problem of overeating.

Complicated grief involves a delayed reaction to a loss or the onset of disabling symptoms that continue for an extended period of time. It is a subjective state of emotional, physical and social responses to the real or perceived loss of a valued person, pet or possession. Grief is most often experienced after the death of a loved one, including a pet. Divorce, severed relationships and children leaving home can also leave people feeling disoriented, sad, lonely and anxious. Any failure or significant change, including the loss of a job, can be perceived as misfortune great enough to trigger experiences of grief and loss.

These disorders are related to the emotional tone or affective state of individuals. They are divided into depressive disorders and bipolar disorders. Approximately 20.9 million American adults, age 18 and older, have a mood disorder in a given year.

Major depressive disorder can develop at any age and it is more prevalent in women than in men. It is the leading cause of disability in the United States for people from ages 15 to 44. Individuals with depressive disorders may have feelings of emptiness, worthlessness, sadness, helplessness and/or hopelessness. They may experience disturbances related to sleep and/or appetite, decreased energy/motivation and poor concentration. Other symptoms include fatigue, loss of interest in activities that used to be enjoyable and recurrent thoughts of death or suicide. In 2006, – 33,300 people died by suicide in the United States. Depressive disorders often co-occur with anxiety disorders and substance abuse.

The bipolar mood disorder has both a depressive mood component and manic episodes. Manic mood disturbances are characterized by persistent elevated or irritable mood with increased self esteem and decreased need for sleep. During this period, individuals can have racing thoughts and be compelled to talk quickly. The person has extreme goal-directed activity. There are often excessive buying sprees, increased sexual activity or risky business investments that result in painful consequences. Bipolar disorder affects approximately 5.7 million American adults, age 18 and older, in a given year. The median age of onset for bipolar disorders is 25 years.

Statistics used in the Primary Services section were obtained from the National Institute of Mental Health (NIMH) website.

Balancing the elements of your life